Home » Electronics » Retr0bright – Will It Last? 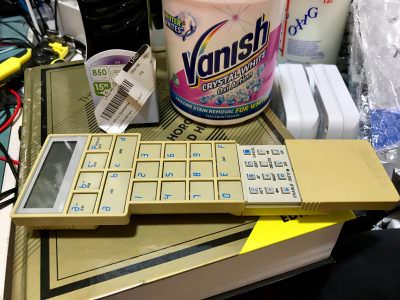 Over the years I’ve been reading about a way of restoring old computers and other equipment where the plastic has turned yellow and how some bright guys developed a method called Retr0bright to reverse the process.

The reason for the yellowing of the plastic is the flame retardant bromide that is infused in the plastic to prevent fires. When exposed to UV-light, the bromide comes to the surface of the ABS plastic, and the yellowing begins.

Unfortunately, even after treating the item with Retr0bright, the yellowing returns after 3-4 years, looking worse than your grandfather’s underwear.

Here’s my attempt at a fix to that problem.

Retr0bright, Why Does The Yellowing Return?

After reading the obligatory Wiki page and reading the main forum thread about the Retr0bright method, I’ve found some interesting stuff on why the plastic turns yellow again. The first suspect was apparently that the treated equipment was exposed to UV-light and thus started the chemical process with the bromide again. But there’s compelling evidence that this not the answer. One user reports that he treated a bunch of old computers, put them in storage, entirely in the dark without exposure to UV-light, but the machines started to turn yellow again. The only other factor he mentioned was that it could get a bit hot in his storage location during the summer.

So UV Protection Won’t Do It

When I first heard about the problem with the dreaded re-yellowing, my first idea was to use some protective UV-light filter on the surface of the plastic. But that won’t do because the degradation continues even in the dark.

There are even versions of reversing the yellowing process by only using ozone and UV light to change the process! So there’s something else going on. 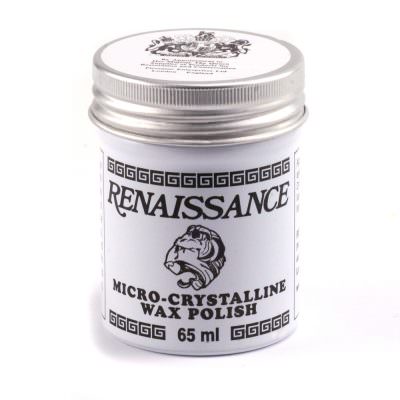 British Museum To The Rescue!

I’ve started to collect and restore old fountain pens some months ago, and one of the things I use to protect my cleaned and polished pens are a wax developed by the British Museum, called Renaissance Micro-Crystalline Wax Polish. They use it on old metal objects like brass and copper, on wood and a lot of other stuff. But the thing that makes me think that this could help is that it works to keep copper from tarnishing. So the idea is that the wax will act as a sealant for any outside contamination. Time to experiment!

The only thing I could find in my drawers that had the bromide yellowing was my old Woz designed CL-9 Core Remote Control. It was designed by Steve Wozniak when he left Apple and started a new company. The CL-9 was the first programmable remote controller out there. Very advanced, but designed by an engineer for an engineer. I mean, buttons that use hexadecimal! Only people like me can love stuff like that. They didn’t sell too well.

They are starting to go up in price and are quite collectible, but what the hell, let’s try it on mine! 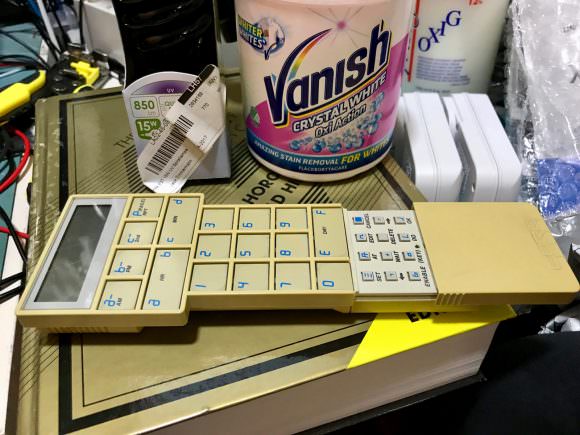 As you can see, it’s pretty bad. It still retains the original white color under the pull-down tab on the remote. I removed the upper “lip” and the battery cover to try on first, before dismantling the entire unit. The original formula for Retr0bright is as follows:

The Xanthan Gum and glycerine turned out to be unnecessary because the Hydrogen Peroxide 12% I got hold of was in cream form for dyeing hair, so I didn’t need the extra stuff to make it into a paste. So all I did was to mix the Hydrogen Peroxide and sprinkled some Vanish to activate it and put it into some plastic wrapper to keep the plastic wrapped in the liquid during the UV-light exposure.

Feeling like Heisenberg here, but shouldn’t it be blue? 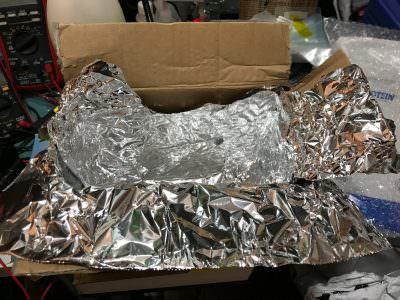 One UV Lamp, What To Do?

I only bought one measly UV lamp, stupid me. So I took an old box and covered the inside with aluminum foil to get more light evenly on every spot.

But naturally, I couldn’t find an E27 lamp socket to plug in the damn UV lamp. After rummaging through the entire apartment I still couldn’t find one, so I finally just gave up and removed the lampshade on my lighting in the bedroom. Trying to explain to my wife, why we suddenly had a cardboard box hanging from the roof with some strange blue light emanating from it was quite the experience. 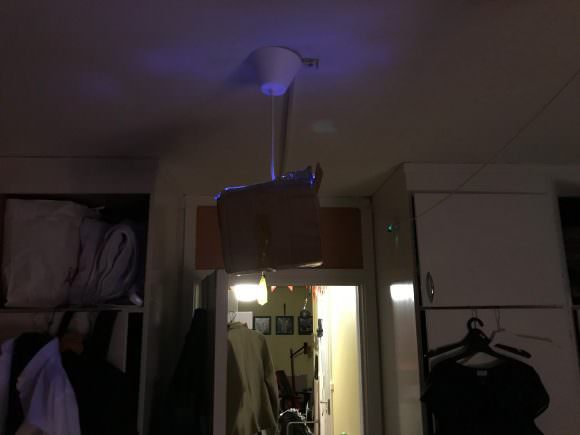 And to make it clear, just to set that in perspective, this is how my side of the bedroom looks like. Poor woman!

So Let’s See The Result! 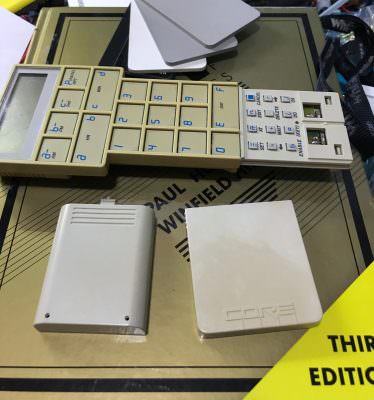 After 8 hours of exposure

So, the front cover still has some yellowing, but I probably only need to give it another go, but the battery cover is as brand new! It’s good enough, for now, to do the test with the Renaissance Micro-Crystalline Wax. I decided to cover the battery cover with the wax and leave the front cover untreated because it apparently needs another go with Retr0bright. I’ve put them in the window to expose them to heat and UV, although we’re talking about Sweden in the winter, so not that many hours of sunlight per day in the next six month, unfortunately.

As you can see, I have an 18% gray card for color calibration, and I can easily replicate the exact lighting conditions, so I should be able to measure quite tiny discrepancies in the colors over time. Now we just have to wait and see if it works. 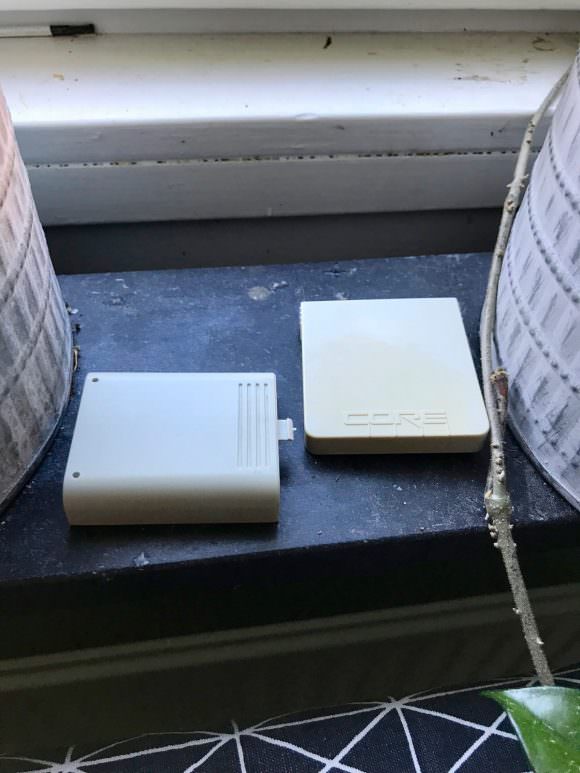 Update 04-05-2020: Unfortunately, I have been divorced and the items in the test got lost when moving. I’ll try to find them again. I can say after a year, it showed no sign of yellowing again.